Here’s a copy of the first ever committee meeting minutes – dated 4th November 1920: 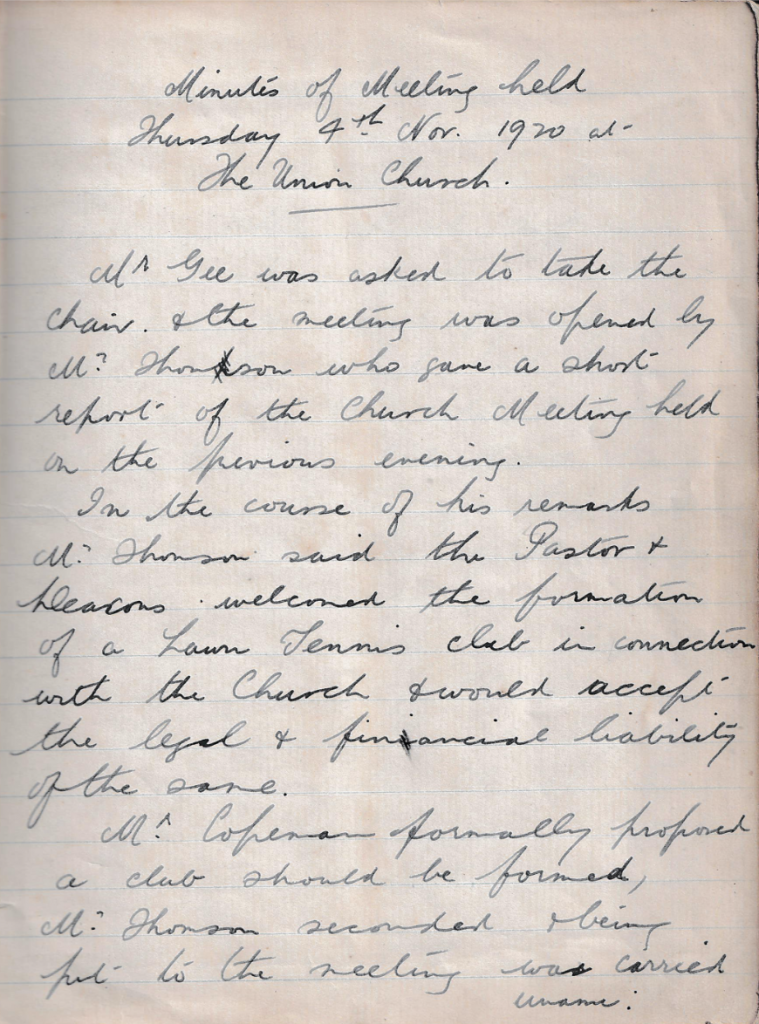 A transcript is below:

Mr Gee was asked to take the Chair and the meeting was opened by Mr Thomson who gave a short report of the Church Meeting held on the previous evening.

In the course of his remarks Mr Thomson said the Pastor and Deacons welcomed the formation of a Lawn Tennis club in connection  with the Church and would accept the legal and financial liability of the same.

Mr Copeman formally proposed a club should be formed, Mr Thomson seconded and being  put to the meeting was carried unanimously.

Mr Wood also spoke and made a very generous offer to lease at a nominal rent the land adjoining the church, sufficient for the making of two courts and also give an equal quantity of turf to that which had been removed from the site and further to let the new club buy sufficient turf, for the land opposite the Brickfield cottages to make the courts.

The Officers and Committee were then elected as follows:

Mr Thomson, President, it being a rule of the Church that the Pastor is President of all facilities in connection with the same.

The group get organised

The first match is played on the two courts

No Replies to "Tennis Club Formed"