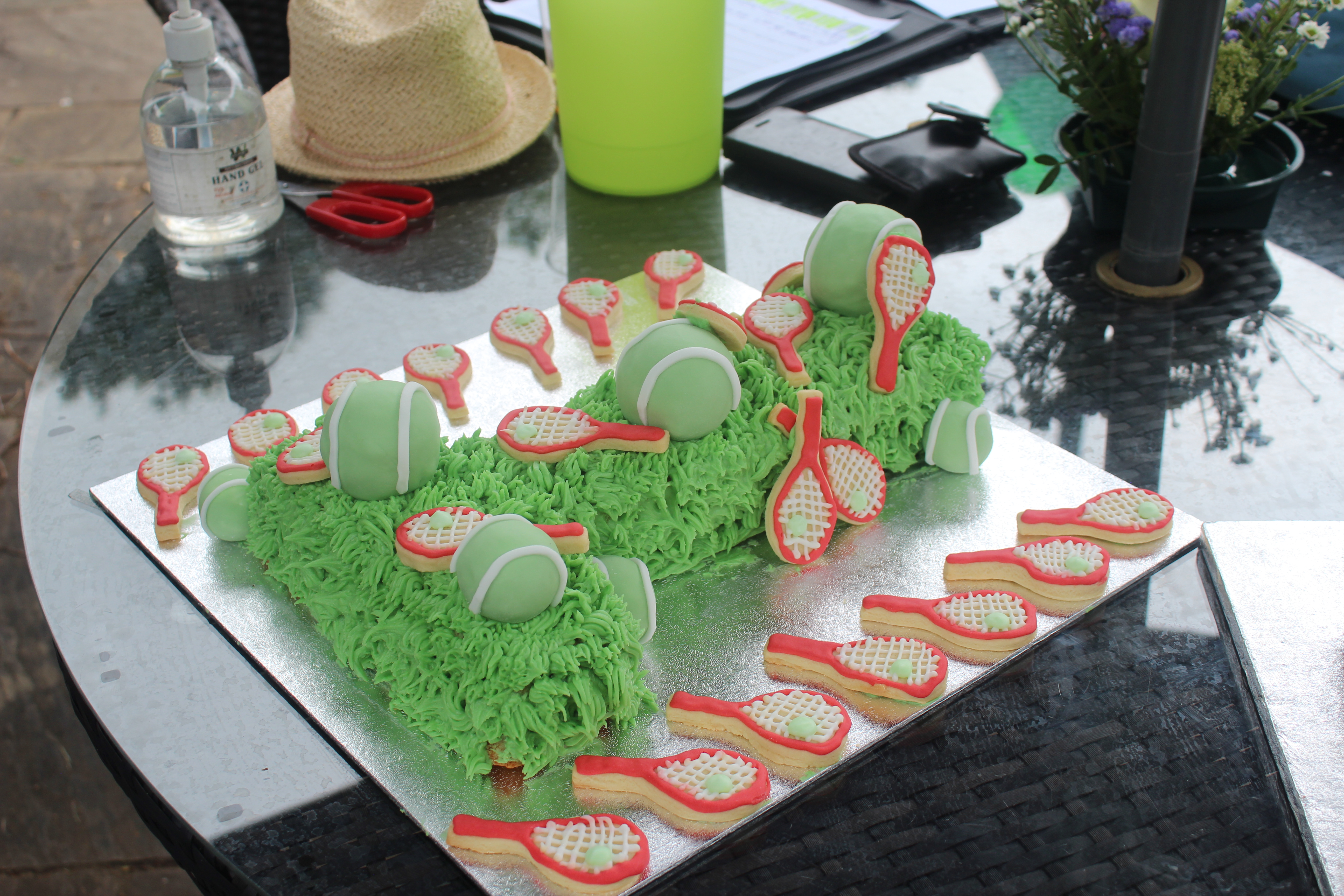 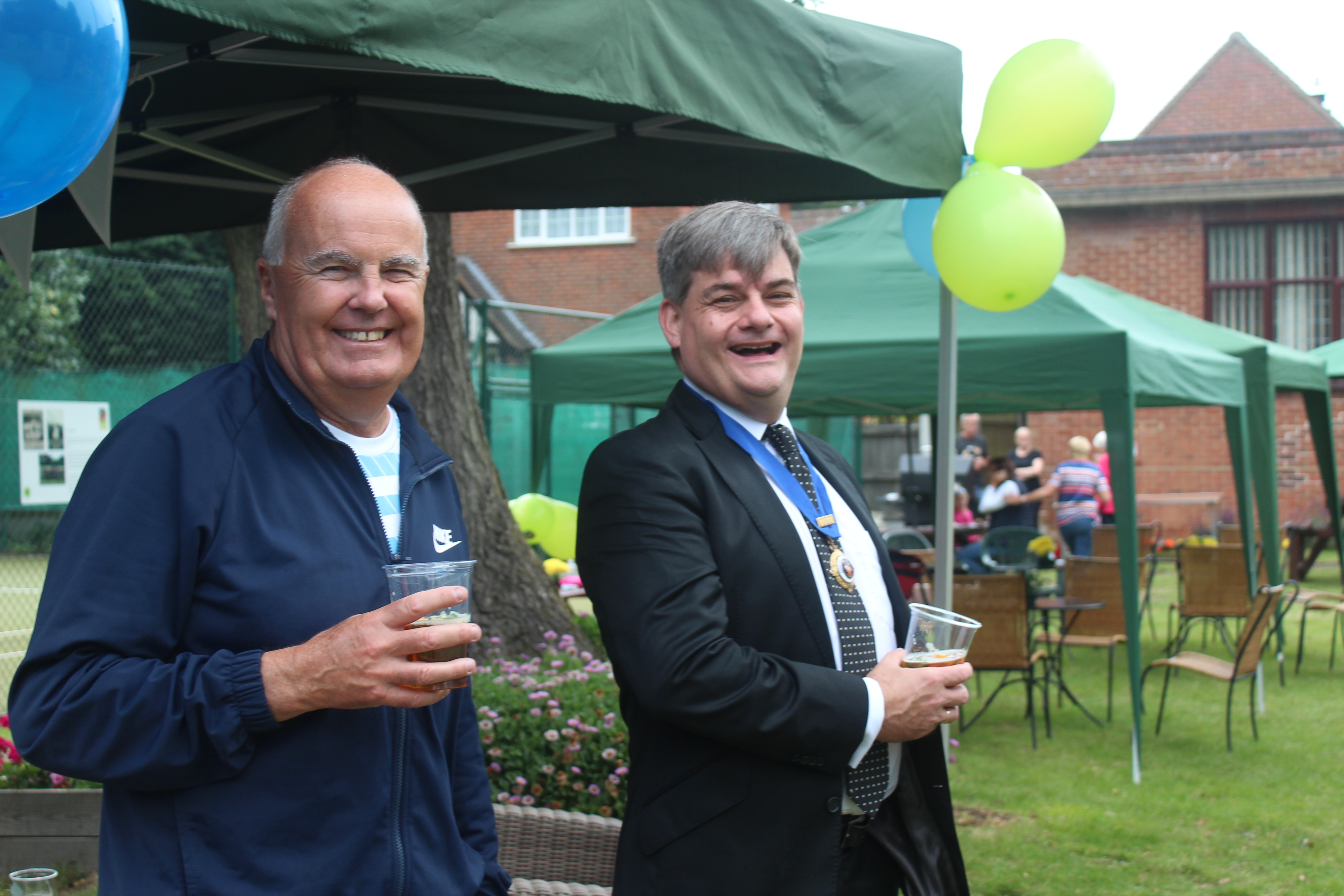 Hutton and Shenfield Union Church Tennis Club got their Centenary Celebrations underway on Saturday with a day filled with music, competitive tennis and historical reflection. The Club, formed in 1920 has been staffed and run by volunteers from day one and has a strong and long history with the local community.

On the day the highlights included:

History:
The Club was formed initially by a local philanthropist Mr H. Ernest Wood who donated the land to the Church for use for tennis. The first ever set of minutes from the inaugural committee meeting on 4th November 1920 are still owned by the Club and show the land and turf being officially donated. 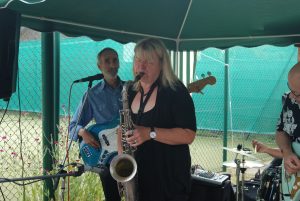 Since then, the surfaces were moved to shale (an early type of clay court) and more land was acquired to create the five courts that are used today. Floodlights were added in 1991 and due to a continued problem with moles the courts were resurfaced in 1995 to the current astroturf.

Stations of the Club:

The Club has created eight “Stations of the Club” information boards which go through key people and points in the Club history including:

“It is an honour to be the Chairman during these Centenary Celebrations. This Club has always had a friendly and inclusive feel and I think this is primarily due to it being a charity and entirely volunteer-led. The Committee always work incredibly hard but this last year or two has been especially difficult in trying to keep this wonderful local asset open and accessible during the pandemic.”
“We anticipate many more successful years ahead – in the coming months the courts are due to be resurfaced again and with membership numbers on the up we are now looking forward to the next 100 years”.

The Poster:
The Centenary Celebrations Poster was created after a piece of work was donated to the club by local artist and member, Julia Austen-Brenes. The art is inspired by the Club’s 100 year history with the lady player on the original shale surface, racquet with wooden frame and 1920s attire, contrasted with the male player in the foreground on the astroturf and with more modern equipment and clothing. The Church and surrounding area form the backdrop. The original canvas has been donated to the Church.

Prints of the Poster design are being sold by the Club with profits going to St. Francis Hospice.

The Club caters for various standards, from those interested in serious match play to those happy with just social tennis. The Club aims to promote an environment in which everyone enjoys their tennis at a fantastic location.

The Club participates in many leagues catering for different levels of play, with Ladies, Mens, Mixed and Veterans matches throughout the year. Also Club tournaments are very popular plus social tennis during the day and in the evening.

For juniors, aged 4 to 18, there are a range of activities. Junior coaching takes place every weekday from 3pm to 7pm and Saturday mornings from 9am to 12noon and players are graded based on age and standard. Also, there are fantastic camps that run during the school holidays.

All the courts are kept to a very high standard with good facilities, balls and training equipment.